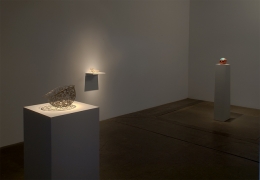 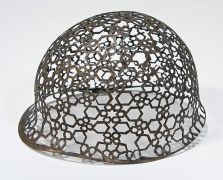 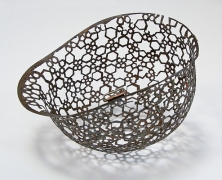 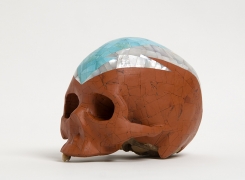 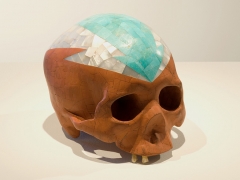 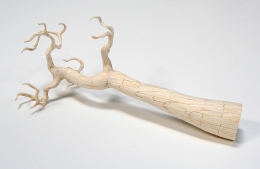 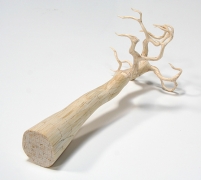 A childhood fascination with war compounded with an adult obsession with media sensationalism in relation to global conflict suspends Mackie’s fragile sculptures in a state of ephemeral splendor and aversion. Agitated over current affairs, such as escalating outbreaks of war, an ever increasing economic divide between the rich and poor, and vast environmental miscalculations realized by current politicians, Mackie’s sculptures address the lack of progress in contemporary society, and the destructive ways we forge ahead into the future without learning from past mistakes. His iconic subjects, such as the skull and military-issued helmets, allow for the form itself to convey a sense of symbolic foreboding, gesturing toward life’s transience and emphemerality of sensory pleasures, as well as forcing the viewer to reconsider the objects that surround us.

Mackie graduated from the City and Guilds of London School of Art in 2000. He has had a solo exhibition at MW Projects, London in 2005, and was included in New Blood, Saatchi Gallery, 2004.