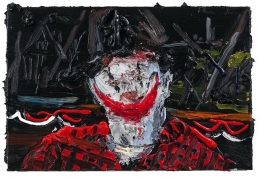 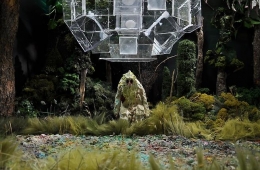 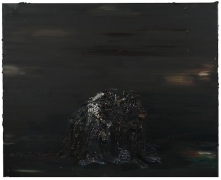 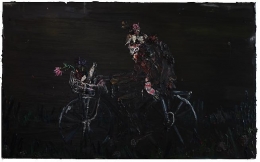 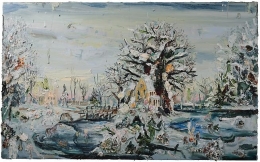 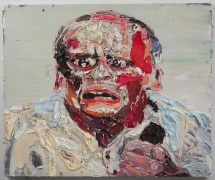 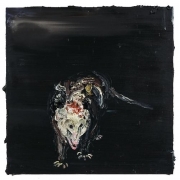 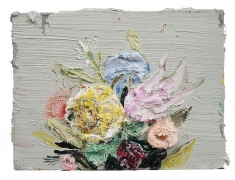 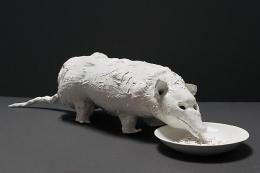 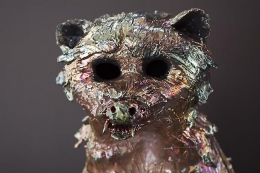 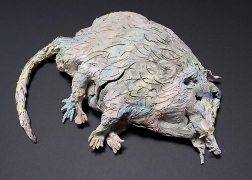 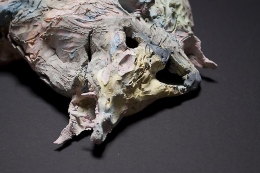 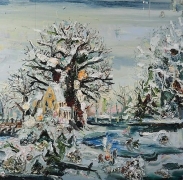 Since her first solo show at Mark Moore Gallery in 2007, Allison Schulnik has embarked on an unparalleled contemporary tour de force. She has established an acclaimed global reputation with one-person exhibitions in London, Rome and New York City, in addition to her inclusion in over twenty international group shows. Schulnik's innately prolific tendencies have earned her unique stature amongst both the critical and popular, and now – with ten new staggering paintings and her fifth full-length animated video, "Forest" - she returns to Mark Moore Gallery for her second solo exhibition, Home for Hobo.

In the artist's words: Home for Hobo finds our protagonist in the vulnerable state of longing. Allowing his mind to clumsily, dangerously meander through an unattainable existence. However, for the deprived and the depraved, even the most glowing of fantasies are still dotted with crusting scabs. Some say the hobo knows us better than we know ourselves. Sometimes it is this very sense that betrays and haunts him.

Schulnik's favored "fools and rejects" have oftentimes encompassed tragic visitors and clowns, heartrending animals and spirits seeking refuge within her canvases, offering poignancy within their imperfections and ostracization. In this body of work, the hobo asserts himself as an emblem of commonality between these characters, and their collective desire for sanctuary, companionship, sex and beauty.

Great gobs [of paint] bedeck her curdled, very funny riffs on the portrait, still life and landscape genres. "Impasto" is an insufficient terms; School of London paintslingers like Leon Kossof and Frank Auerback look timid in comparison…Like her near-contemporaries, Jim Drain and Rosson Crow, flamboyant artists with goth/romantic inclinations and a flair for the ironically uncouth, Schulnik has set her career off to an auspicious start. - Stephen Maine, Art In America, 2009

Schulnik received her BFA in Experimental Animation from the California Institute of the Arts, Valencia. She has exhibited extensively around the world, and has participated in numerous film and video screenings. She has been the subject of positive review by the New York Times, ArtInfo, Art:Review, Art in America and the Los Angeles Times, among others. Her works have recently been acquired for the permanent collections of the Nerman Museum of Contemporary Art (KS), The Museum of Contemporary Art, San Diego (CA) and the Laguna Art Museum (CA). She is also represented by Mike Weiss Gallery (New York). Allison Schulnik lives and works in Los Angeles (CA).