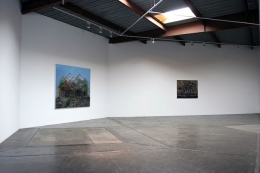 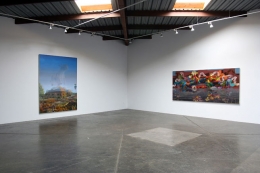 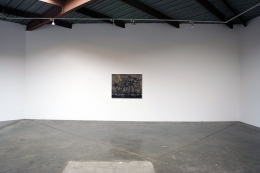 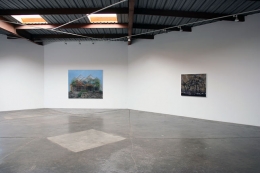 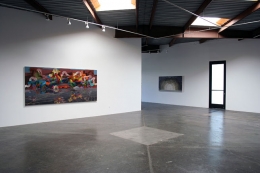 Mark Moore Gallery is pleased to announce the first West Coast solo exhibition of the paintings of Daniel Dove.

Two paintings by Daniel Dove recently appeared at ACME Los Angeles in the exhibition, In Door Out, co-curated by Chip Tom.

Intensely linked to place, the artist's recent pictures are inspired by the crumbling environs of post-industrial Cleveland and the suburbs sprouting up around the city.

In Dove's paintings, highly controlled illusionism plays against the chaotic smears, scrapes and splatters of change-driven process; the materiality of paint held in tension by the relatively dematerialized effects of the photographic and digital images the artist often uses as a source for his work.

Daniel Dove received his MFA from Yale in 1996. In 2004, he was awarded the William and Dorothy Yeck prize and featured in a solo exhibition at the Miami University of Ohio. Dove's work was recently selected by MOMA curator Anne Umland for the exhibition, New American Talent 16 and has been included in shows at the Bemis Museum of Contemporary Art and the McDonough Musuem of Art. The artist's work is included in the collections of Miami University of Ohio, Mondstudio, Hamburg and Progressive Insurance.