David Rathman / Where's the end of it?
DETAIL

David Rathman / Where's the end of it?
DETAIL 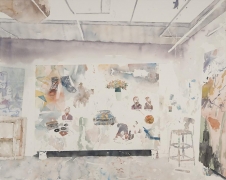 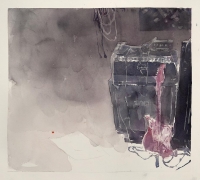 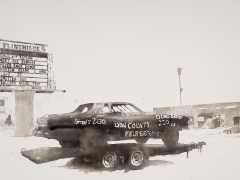 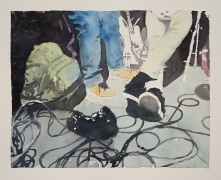 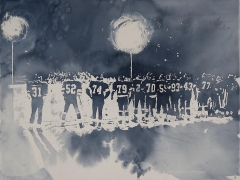 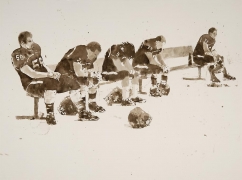 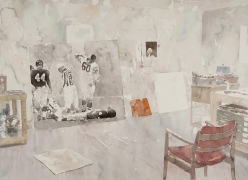 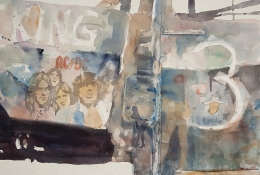 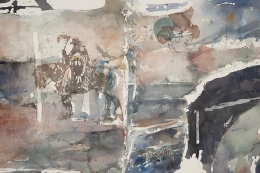 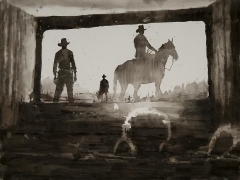 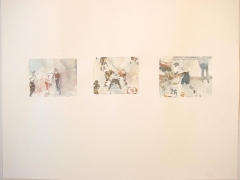 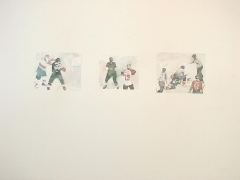 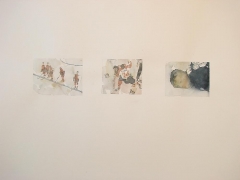 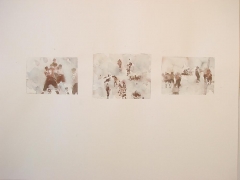 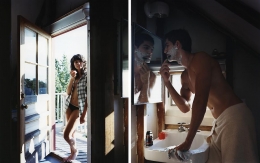 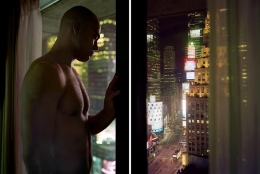 Mark Moore Gallery is pleased to present Great Expectations, a two-person exhibition featuring new works by David Hilliard and David Rathman. A fifth major exhibition with the gallery for Hilliard, and a first for Rathman, Great Expectations explores concepts of modern masculinity through two divergent mediums: photography and watercolor.

Hilliard's distinctive command of a cinematic narrative is at once romantic and disconsolate, oftentimes crafting bittersweet vignettes that grapple with notions of sexuality, faith, mortality and nostalgia. His subtle manipulation of perspective and depth alludes to a similar distortion in our recollected memories, wistful snapshots drawn upon to form a chronicled identity unique to the artist yet relevant to all. Similarly, Rathman's mottled watercolors illustrate iconic emblems of strength and struggle, luminary and the underdog. Loosely rendered scenes beckon to their pop cultural origins – films, album covers and advertisements alike – while also acting as collated excerpts from a lost Americana memoir. Mirage-like figures seem pulled from the hazy recesses of a sentimental male mind, or from the filmic cutting room floor as Rathman delineates composites of the modern idol. Together, Hilliard and Rathman produce a sagacious survey of the tradition of hero-worship, and foster insightful tension between conventional and unorthodox imagery of virility. With a tempered use of cliché and common expectation, Hilliard and Rathman's work yield frank complexities often overshadowed by mythic constructs of machismo.

David Hilliard (b. 1964) first showed with Mark Moore Gallery in 2000. Since then, he has had solo exhibitions in Boston, Seattle, New York, Frankfurt, Atlanta, Portland and New Orleans – and has been included in exhibitions at DeCordova Museum and Sculpture Park (MA), Museum of Fine Arts, Boston (MA), Oregon Center for the Photographic Arts (OR) and Miami Art Museum (FL), among others. His work is also featured in over twenty collections of note, including the Museum of Contemporary Art, Los Angeles (CA), Philadelphia Museum of Art (PA), the Community of Madrid (Spain) and the Art Institute of Chicago (IL). He is also represented by Carroll and Sons (Boston), Yancey Richardson Gallery (New York) and Jackson Fine Art (Atlanta). Hilliard received his MFA from Yale University, and lives and works in Boston (MA).

David Rathman (b.1958) was first included in Ultrasonic V: It's Only Natural at Mark Moore Gallery in 2010, and is newly represented by the gallery. He has had solo exhibitions New York, Chicago, Minneapolis and Los Angeles, and has been included in exhibitions at the Walker Art Center (MN), Hallwalls Contemporary Art Center (NY) and Arts Center of St. Petersburg (FL). His work has been acquired by more than a dozen collections, including the Walker Art Center (MN), The New Museum of Contemporary Art (NY), The Art Institute of Chicago (IL), the J. Paul Getty Museum (CA) and Boston Public Library (MA). He is also represented by Larissa Goldston Gallery (NY). Rathman received his BFA from the Minneapolis College of Art and Design (MN), and lives and works in Minneapolis.