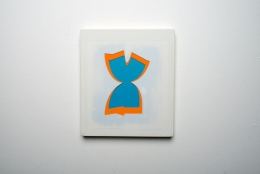 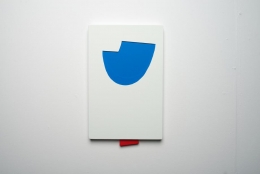 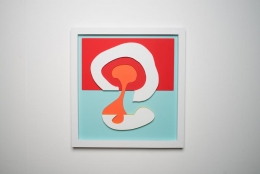 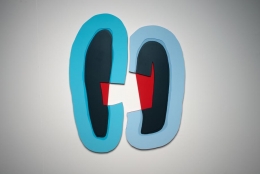 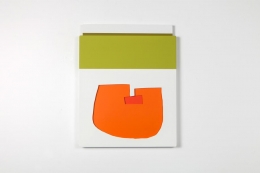 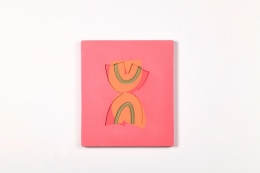 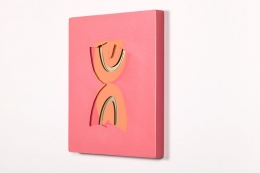 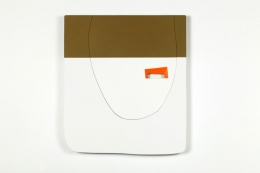 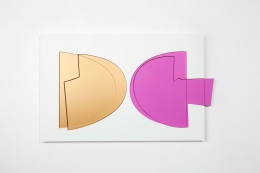 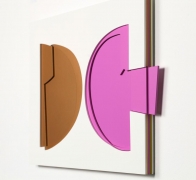 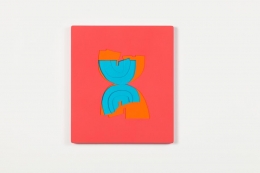 
Mark Moore Gallery is pleased to present "Ghost Strokes," a solo exhibition of new works by Las Vegas-based artist, David Ryan. Inspired by the desktop fabrication revolution and continuing his exploration of melding painting with sculptural techniques, the latest works embody both the precision of digital data and the historic gestures of the Ab-Ex era.

Ryan’s paintings and sculptures, from creation to observation, are a physical encounter. The forms are initially generated by combing through vector-based software and making quick, automatic gestures using a mouse on the desktop. Eventually, a homemade CNC machine is used to translate these gestures into physical objects; layers which become interlocking and brightly painted. The results are playful and seductive, invoking the formal qualities of Richard Tuttle and the boldness of Ellsworth Kelly, with an architectural sensibility. The pieces revel in contradiction; “homemade” but playing on the aesthetics of mass production, organic forms filtered through a computer, meticulously imprecise—even the medium is elusive.

In its plurality, Ryan’s work defies boundaries, reflecting the colors, landscapes, and imagination of his hometown. With his unique vocabulary and unusual approach to art making, these constructions resist conformity -- and as art critic David Pagel said of his work, “bring front and center, a scrappiness that is nothing if not electrifying, its pleasures jolting and eye-opening.”

David Ryan (b. 1971, Texas) received his BFA from the University of Texas in Austin, TX before making the move to earn his MFA from the University of Nevada, Las Vegas (NV) where he studied under Dave Hickey and Libby Lumpkin. His work has been exhibited
at the Laguna Art Museum (CA), Las Vegas Art Museum (NV), Galerie Jean-Luc & Takako Richard (Paris), Seomi & Tuus (Seoul), Davidson Contemporary (NY), and James Kelly Contemporary (NM). David Ryan lives and works in Las Vegas.