Mark Moore Gallery is also pleased to present a simultaneous solo exhibition of new works by Josh Azzarella. Recently acquired by the SFMOMA (CA), and the recipient of the 2006 Aldrich Museum's "Emerging Artist Award," Azzarella creates videos that explore the power of context in the authorship of memory, oftentimes utilizing seminal televised moments in pop culture and politics to create accessible confrontations with historiography. For his first solo show in Los Angeles, he will showcase his benchmark work to date, Untitled #100 (Fantasia) (2007-2009) in the Project Room, alongside five studio-fresh stills from the video. Sourcing the opus of pop music videos, Azzarella will unveil a masterpiece born of two laborious years of frame-by-frame manipulation and editing. This, is Thriller. 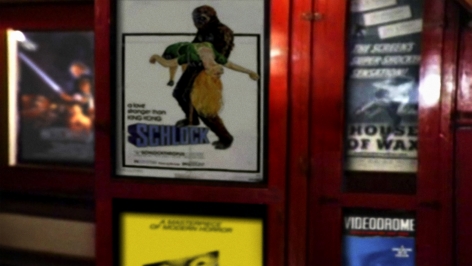