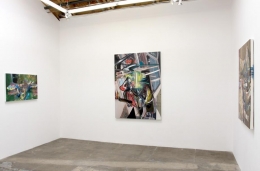 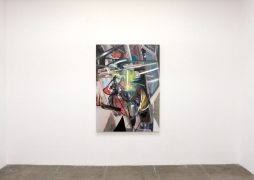 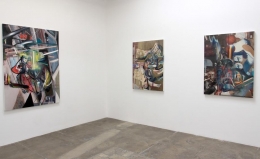 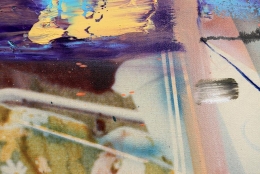 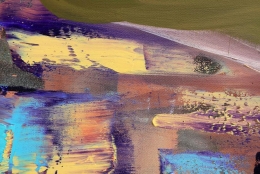 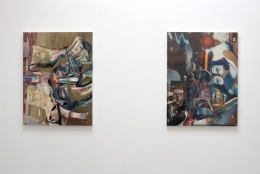 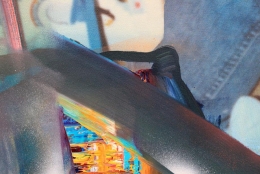 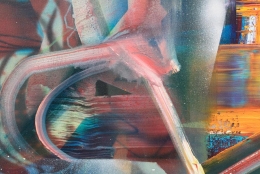 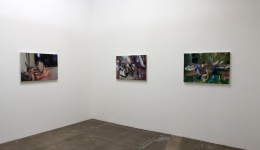 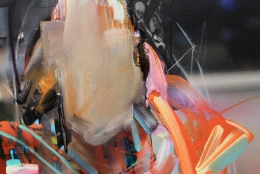 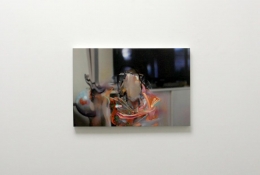 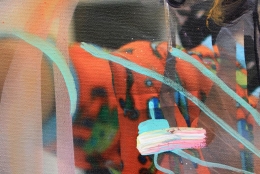 Dildine’s paintings typically begin with a photograph from his childhood. Seeking to make this image universal, the photograph is printed on canvas and painted over—often until the original image is completely obscured, or nearly unrecognizable. The result is a dynamic abstraction, with hints of ‘80s familial iconography. His visceral movements and accelerated brushstroke are loaded with sensual energy, harkening to the Ab-Ex days of pure delight and mystery in paint's materiality. By placing these gestures on top of faded, kitschy, (and sometimes cloying) memorabilia. The end result is a fixation shared by society at large: the contemplation of past events and relationships. Dildine mines these memories for the underlying traits that forge our shared humanity: the humor found in the compromising, the endearment found in the aggravating, or the conflict found in the absent. His painterly swaths are as instinctive as the family photos they conceal; his vivid palette alludes to the glaring absurdity of our incessant self-analysis and examination of the past. In his most recent body of work, Dildine embellishes elements or patterns within the original image in order to create a farcical confrontation with the past - a perspective that is both critical and celebratory. Through this carefully disjointed lens, Dildine creates experiences that are at once present and bygone as he whimsically harnesses the nature of our being.

Dildine (b. 1984, CA), received his MFA from Claremont Graduate University (CA). He has been featured in group exhibitions in Oakland, Los Angeles, San Diego, and Murfreesboro, as well as the Frederick Weisman Museum of Fine Art (CA). His work is included in the public collection of the Sweeney Art Gallery, University of California Riverside (Riverside, CA). He was also the recipient of the 2010 Claremont Graduate University Award. The artist lives and works in Claremont, CA. 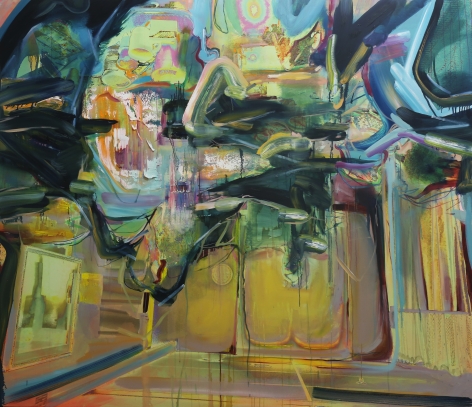