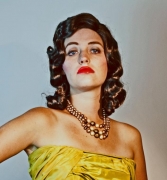 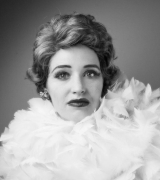 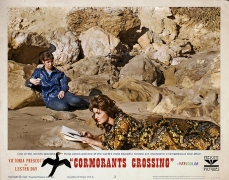 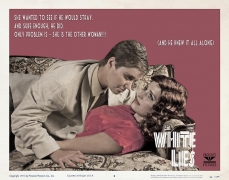 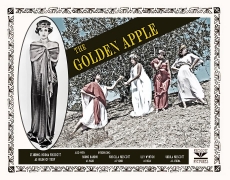 Through the development of comprehensive visual, written, and performative personae and story lines, Day archives and inhabits the professional and personal sagas of the Prescotts. This faux archive - which takes form in Day’s elaborate multiplayer performances and photographic staging - is reminiscent of the conceptual dramaturgy behind the work of Cindy Sherman and Eleanor Antin. The Prescott history is presented through the familiar, albeit peculiar, subjectivity of the film enthusiast. In the well-researched and reverent mode of the movie lover, Day crafts the “Prescott Pictures” annals to culminate in an immersive Hollywood Museum experience teeming with intricately crafted ephemera—such as headshots, magazine covers, advertisements, movie posters, hand-sewn costumes, and props. Spanning the rise and fall of Classical Hollywood, Day’s “Prescott Pictures” both reflects and intervenes in the manifold histories and myths related to studio and celebrity constructs. In developing the relationships and tensions between her characters, Day projects exaggerated caricatures of the figures we most revere, admonish, and disregard as we shape our collective pop-cultural narrative.

Lenae Day (b. 1986 in Berlin, Germany) received her BFA in Art from Western Washington University. She has had a solo exhibition in Seattle, in addition to group shows at the Museum of Radio and Electricity (WA), Whatcom Museum (WA), and Rock Paper Scissors Gallery (CA). This is the artist's first solo show in Los Angeles, where she also lives and works.