Ken Weaver
The Resurrection of the Countess of Orgaz!, 2006
oil pastel on paper
60 x 40 inches 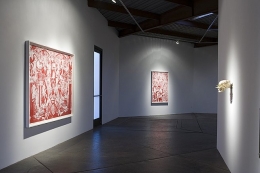 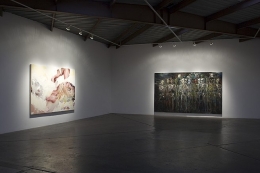 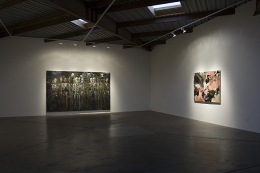 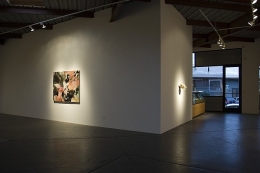 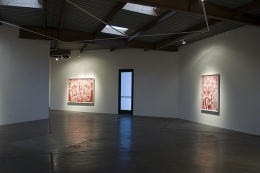 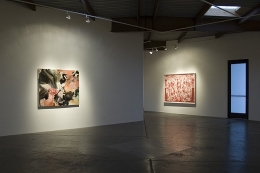 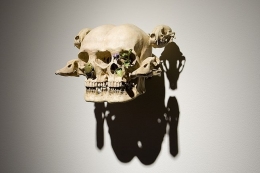 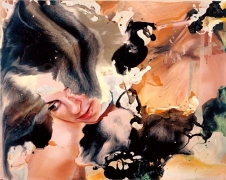 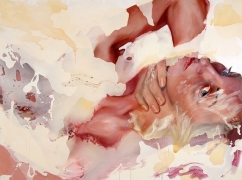 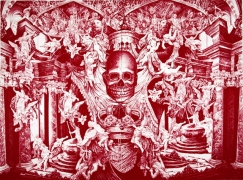 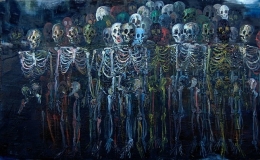 Mark Moore Gallery is pleased to present Romancing the Skull in the main gallery. This group show will feature the work of Allison Schulnik, Angela Fraleigh, Ken Weaver and Mike Peter Smith, artists who all address the grandest and most universal of themes, love, sex and death.

Working on an appropriately epic scale, they confront the interference of death in life, of humor in sex and of hatred in love; accepting and expressing that there is a constant confusion, that nothing is pure, be it through their subject matter or merely their use of uninhibited paint. Each artist's work ranges from the subtle to the confrontational; Fraleigh's intimate and realistic figures are shrouded in abstract swirls of paint, allowing them to succumb to hidden trysts whilst the viewer is left to image the indeterminate details. In contrast to this careful voyeurism, Weaver's bold works act as a parody of 21st century aristocracy, where sex and death have become blasé past times and wealth and opulence are vulgar and crass.

Smith's skulls act as tangible reminders of our fate, skirting the line between natural and fake, utilizing both the realistic and the hardly imaginable. Similarly, in her unsqueamishly titled What Awaits You, Schulnik's organic paint reveals a nightmarish scene of the afterlife; an endless sea of skeletons, the most central of which stares directly out at the viewer, holding their gaze and reminding them that nobody is excepted.

For more information on the artists included or the opening event, please contact the gallery at 310.453.3031, info@markmooregallery, or visit www.markmooregallery.com

Allison Schulnik
Back To Top